You know how to play basic poker and you understand the rules, but it is also important to know how much money you should bet, based on the odds and probability of your hand. Math and probability is an essential element for every decision you make in a game of poker, helping you to remain emotionally stable at the poker table, so you can focus on decisions instead of results. 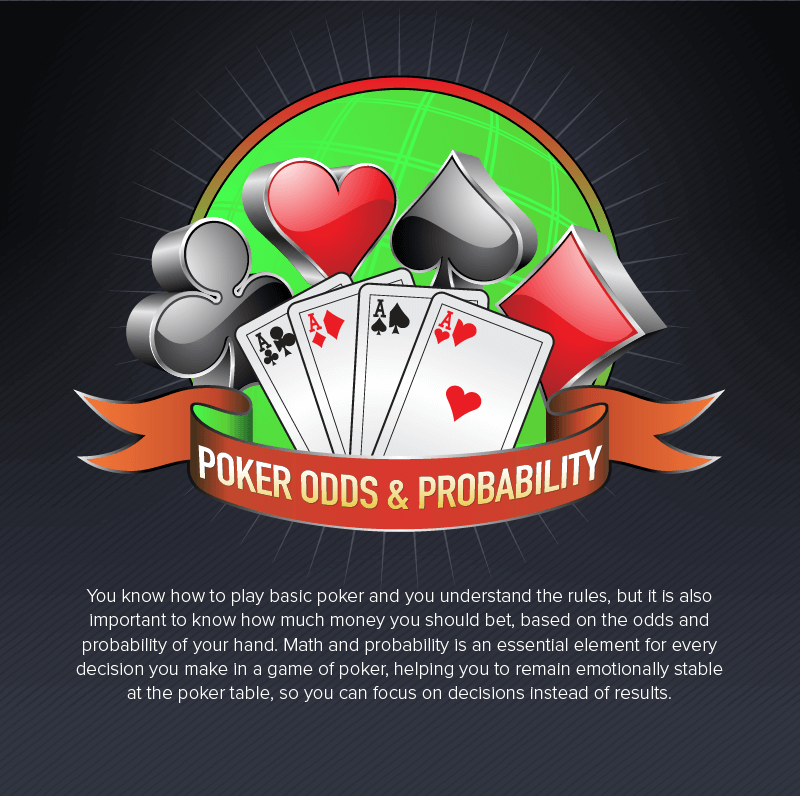 How Does Betting Work

To understand poker odds, it’s firstly important to know the basics of how betting in poker works. To start with, the small blind puts down half of the minimum bet, and the big blind follows with the full minimum bet. Blinds are generally set by the casino and it is made obvious when you sit at the table.

If you’re playing no limit poker, then you have a choice of three options: call, raise and fold. ‘Call’ allows you to put as many chips as you like in the middle of the table, ‘raises’ allow players to add extra chips to be added to the table, instead of matching the initial call and a ‘fold’ is where a player leaves their cards face down, meaning they are no longer playing the game.

Of course, you shouldn’t start betting until you understand the different poker hands and how they rank against each other. In a game of five-card poker, there are 2,598,960 possible combinations of hands when playing with a 52-card deck. Within this number of combinations, there are ten poker hands that you should know, when looking to bet in a game of poker. 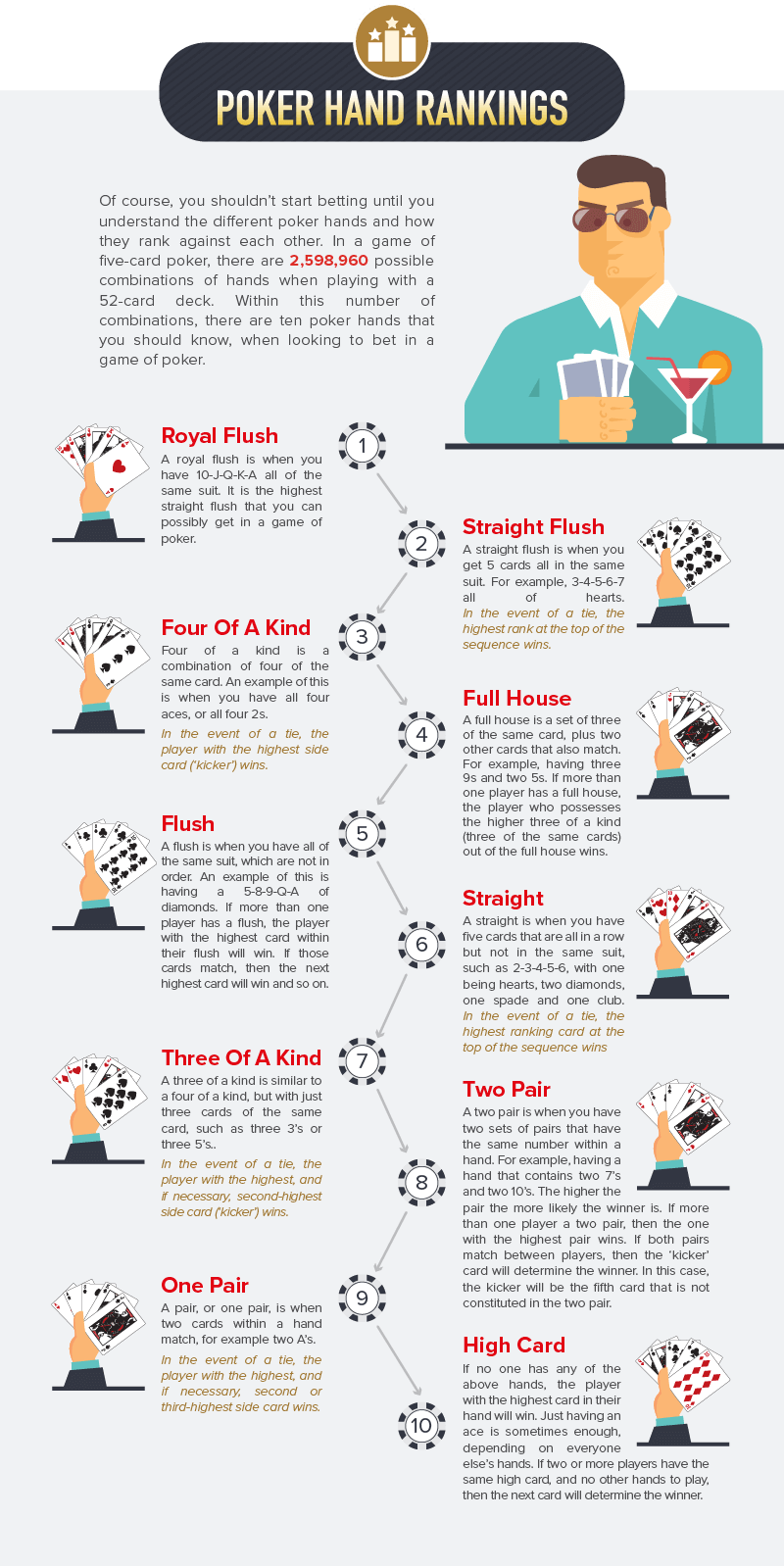 At first, calculating your odds can be confusing but having a basic knowledge of poker odds and probability is vital, if you’re looking to play poker seriously. Knowing how to calculate your ‘outs’ is one of the most important, basic ways to start understanding how to improve your hand. ‘Outs’ are simply the cards that will help you to improve your hand, rather than simply trying to guess what your opponent may be holding. 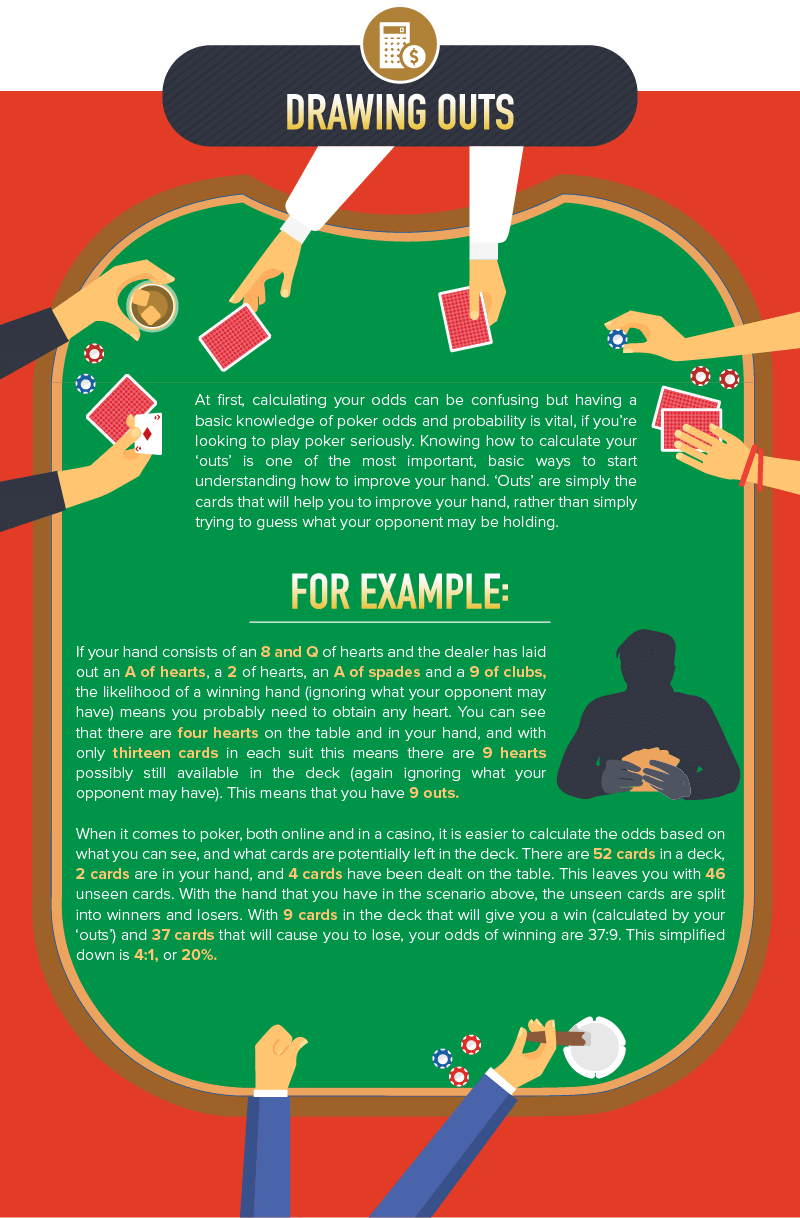 For example:
If your hand consists of an 8 and Q of hearts and the dealer has laid out an A of hearts, a 2 of hearts, an A of spades and a 9 of clubs, the likelihood of a winning hand (ignoring what your opponent may have) means you probably need to obtain any heart. You can see that there are four hearts on the table and in your hand, and with only thirteen cards in each suit this means there are 9 hearts possibly still available in the deck (again ignoring what your opponent may have). This means that you have 9 outs.

When it comes to poker, both online and in a casino, it is easier to calculate the odds based on what you can see, and what cards are potentially left in the deck. There are 52 cards in a deck, 2 cards are in your hand, and 4 cards have been dealt on the table. This leaves you with 46 unseen cards.With the hand that you have in the scenario above, the unseen cards are split into winners and losers. With 9 cards in the deck that will give you a win (calculated by your ‘outs’) and 37 cards that will cause you to lose, your odds of winning are 37:9. This simplified down is 4:1, or 20%. 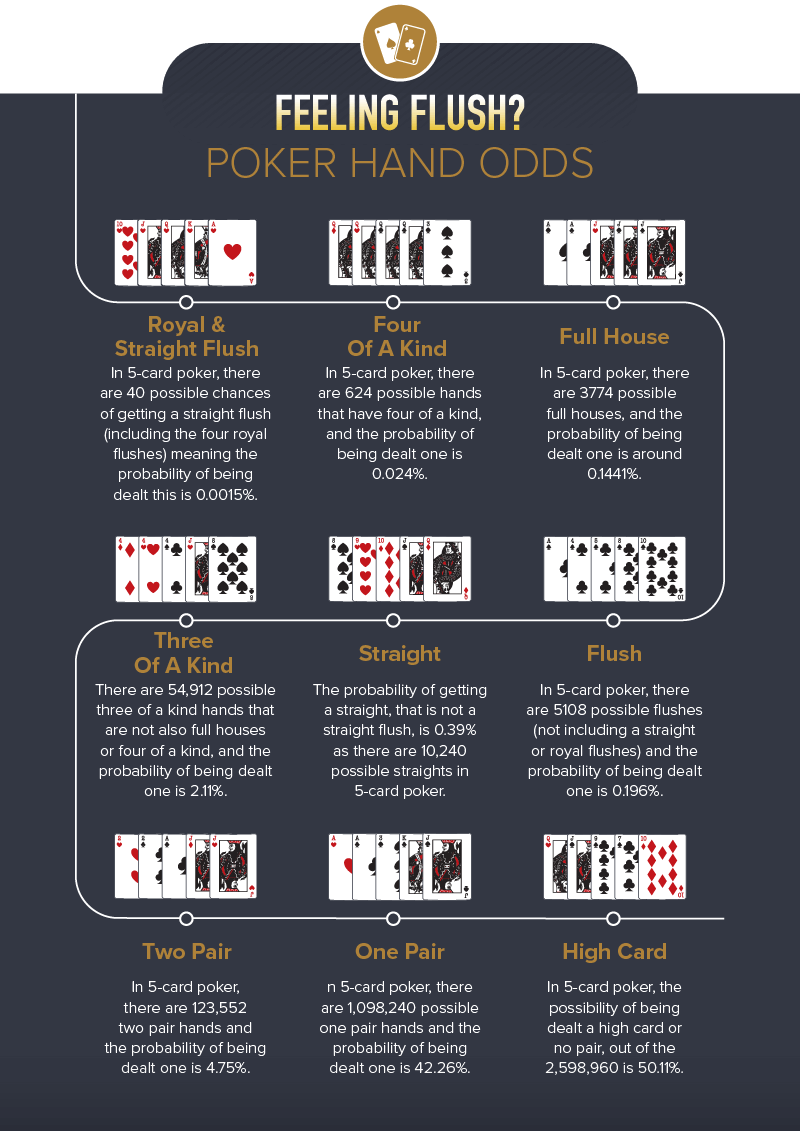