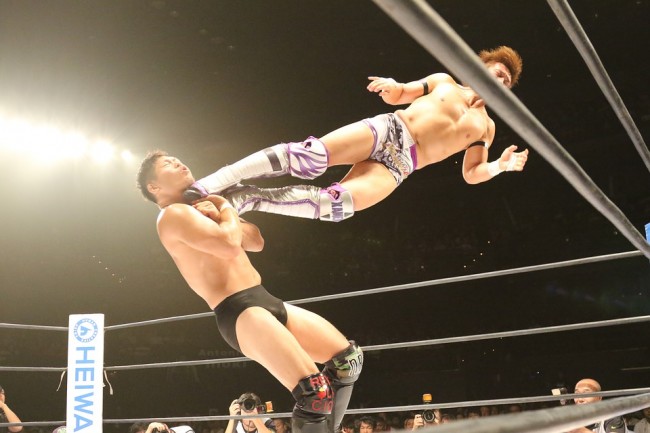 So the last Pay Per View before the ‘Super Bowl’ of the WWE can prove vital in regards to Wrestlemania because at the Elimination Chamber, we have some key matches that could define what sort of Wrestlemania we are going to have. This PPV could change the course of what we think will happen at the main event at Mania with Randy Orton wining the Royal Rumble, he could now face either John Cena (current WWE Champion), Bray Wyatt (Orton’s partner) Dean Ambrose, AJ Styles, Baron Corbin and The Miz. The outcome will be really interesting in regards to the main event at Wrestlemania, for me, I’d pick either Cena to retain the title and rebirth the previous Orton and Cena rivalry, make Bray Wyatt win and have friend v friend at the biggest match of them all or give the title back to Styles and produce a new rivalry that could include other superstars to enter the fray. Other than the Elimination Chamber main event, there are other grudge matches and exciting match-ups that will sure entertain the viewers:

To kick of the event Dolph Ziggler who has recently turned heel (bad) will be taking on both Crews & Kalisto in a handicap match. The match is happening because recently, Ziggler feels the need to take everyone on in his war path and I think it’s a good character that WWE are creating here. He even insisted that he could beat both men in the match and of course, his wishes were answered. This match is difficult to call but with Ziggler having the momentum at the moment, they’d surely want to push with the newly formed heel.

Former champion Becky Lynch has had continuous problem with veteran Mickie James. She’s cost her the return of the title and it’s been an intriguing story, some ups and downs but this recent rivalry has brought some new life into Becky Lynch as the story with her and Bliss started to get a tad tedious. To be honest I have no idea where this match can go, Mickie James is a veteran and she’s back in the big time for a reason, yet, Becky Lynch is a fan favourite and a former champion, which is why I am going to go with the Irish, the booking team would want to build momentum and keep her going so they can set up a world title fight at Mania.

Am sorry, but ‘meh’ is all I am going to say about this match, I don’t know why it’s on the PPV card, but nonetheless it’s there and we must respect the fight. Since Survivor Series the two and developed a rivalry that has kept them battling each other more often or not. I guess on the PPV stage they can finally settle their differences but don’t expect too much. Because of it being hardly anticipated, I again am in sense of confusion because it doesn’t really impact anything, but I am going for what I consider the fan favourite and have Nikki Bella for the win.

This match is tricky for me because of so many teams it literally can go either way. This match has the likes of being amazing but it comes down to how it is set up. But for me I am tied between two winners, sorry, but its will either be The Usos or American Alpha’s that come out victorious. Depending on the set, it could come down to them being the last two.

This just shows how far the Women’s division has come; the PPV is going to feature three women’s match which for me is phenomenal. I remember when a woman’s match came nowhere near a PPV and now we have three. It’s fantastic for the female wrestlers and the division itself. That said we have a women’s title fight underway and I think this will be brilliant, Naomi is a crowd pleaser, vibrant energetic and Alexa Bliss is an fantastic heel who sells the fights really well and she’s only 25! With this match, my heart goes with Naomi but my head goes with Bliss. The thing that decides it for me is that with Wrestlemania right around the corner, the booking team might be pushing for a rematch with Bliss and Lynch, so that is why I am edging for  a Bliss win.

This rivalry has been very entertaining, one minute their friends, the next enemies. For me I’ve always loved the Wyatt family and their story line has been a delight to watch in the Smackdown roster. This match could be make or break Luke Harper’s solo career and Orton is winning this 9 times out of 10. After winning the Royal Rumble and just before WrestleMania, they’d want to keep the momentum going for him so a win for Orton is to be predicted.

Elimination Chamber: John Cena vs AJ Styles vs Dean Ambrose vs Bray Wyatt vs Baron Corbin vs The Miz

So Cena is defending the title only 2 weeks after winning it and I think he will be losing it too. I think they gifted Cena for the title to match that 16 time champion record. But I think that is it for him now and they are going to build with ally vs ally and have Bray Wyatt win the match. We’ve already had Cena vs Orton in the past and how good would it be, on the main stage to have Wyatt v Orton for the ultimate prize? For that reason I choose Wyatt.

With all this said, you can make your own predictions, this is just what I believe could happen from the build up to this PPV. You’re the one to choose and for all the best odds, head over to our WWE page where you can see what’s being offered across the entire marker.