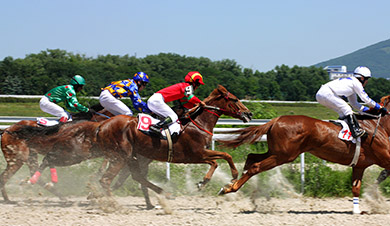 Gambling has always been illegal in Vietnam, but the tides could be turning as their government has announced the trialling of some online and land based sports betting, initially on just horse and dog racing. The Vietnam Economic Times was the first newspaper to break the news that a new legislation is to be submitted in early 2017 with the consent of Prime Minister Nguyen Xuan Phuc.

Another version of the document has a proposal that would see locals permitted to gamble at two casinos over a trial period that would last three years. Only national citizens of Vietnam that are over the age of 21, and in good standing, would be permitted to place wagers. In fact, the age limit has already been increased by three years since the initial proposal and the minimum bet will be $0.45.

Furthermore, the proposed legislation would set a maximum daily amount of $45 per player. All land based operators will initially be on a one year probationary period. Once this period has been completed, operators will then be allowed to distribute betting slips via terminals and mobile phones.
An initial proposal for legalised gambling was submitted more than a decade ago, but was quickly dismissed. The new version has been updated to include a clause that will prevent jockeys, monitoring board members, professional football players, arbitrators and managers of betting establishments from placing any form of wager.

The second draft of the legislation would also introduce a five year trial for online and land based betting of foreign games. This means that the citizens of Vietnam will finally get to join in the excitement of placing a wager on the Premier League. If successful, the proposal will then ensure the opening of a number of betting shops, but they would need to be located more than 1,604 feet away from any school or playground. The Ministry Of Finance will be liaising with the relevant government departments and agencies in order to oversee the initial project, and specific opening hours will be put in place with clear procedures put in place to minimise any risk of complaints.

A number of domestic and foreign investors have already expressed their interest in entering the sports betting industry. G.O.Max I&D Company, a South Korean firm, are reportedly ready to spend in excess of $570 million to commission a new horse racing facility in the Vinh Phuc Province north of Hanoi. The Australian Golden Turf Club have already received a license for a $100 million racecourse, earlier this June, and it will open in the Phu Yen Province.