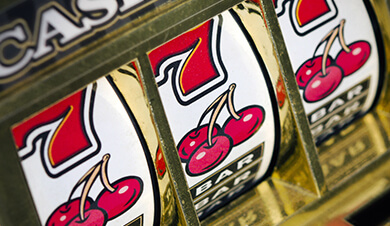 The UK Gambling Commission have released a new report which depicts a range of behaviours, attitudes and the levels of gambling participation related to the local residents. This research was initiated by the Gambling Commission and goes in depth regarding the gambling participation of many British residents. One of the things that the report has included is the preferred ways that people are gambling online, and the different preferred devices that people are using.

Participants Of The Research

The research revealed that 48% of participants of the study had placed bets over the four week period at the time the research was conducted, and this is a 3% increase of the same time period in 2015. One of the biggest highlights of the survey was that 67% of the respondents said that they should be given the right to gamble whenever they want to.

The idea of the survey is to identify the different risks facing the players, and the newest trends that the gambling industry is presenting the British people.

The data presented in the report showed that more men engaged in gambling activities over 2016, compared to the previous year, but there was also an increase in the number of men and women. However, one of the most interesting points discovered in the research was that the percentage of people who gambled online in 2016, 97%, had surprisingly not increased from 2015. However, there was a change in the ways that people play their games online, with a 10% increase from 2015 in gambling on mobile phones and tablets, up to 43%.

One of the most worrying statistics presented in the data was the fact that a very small number of players (0.7%) who have gambled over the past 12 months identified themselves as problem gamblers. However, in 2016, 5.5% of the participants were considered to be ‘at-risk gamblers’. More interestingly, was that the 0.7% was actually a 0.2% increase from 2015, where just 0.5% of gamblers believed themselves to be at risk of addition.

The biggest positive of the UK Gambling Commission’s Report is that they are in a very strong position to identify some of the biggest risks and threats facing the British people when it comes to gambling. This early identification is highly likely to be able to help online casinos adapt the way that they help their customers. On top of this, the report also shows an in-depth interpretation of the way gamblers in the UK prefer to play, with this year’s report showing the changes in mobile and online gambling compared to 2015.

If you’re looking to start playing at an online casino, make sure to check out our online casino reviews to help you choose the right casino for you!