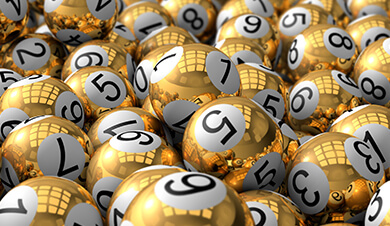 More than 60 countries offer some form of lottery game to their millions of residents where players will buy tickets ever week in the hope of winning a multi million jackpot. The United States best known lottery game is known as the Powerball and it has been renowned worldwide for some of the biggest ever cash prizes. Well their record has been broken with a top prize in excess of $420 million won by an anonymous Tennessee resident this past weekend.

The resident in question will never forget the numbers 17, 19, 21, 37, 44 and a Powerball of 16 as the six numbers that changed their life forever. The last time the lottery was won in the USA was in mid September, at which point the prize was reset to $40 million where it has rolled over and increased week on week. Last weekend the jackpot was $403m and it remained unclaimed as a huge increase of ticket sales were generated over Thanksgiving week.

In the United States, Powerball winners are given the option of receiving the entire sum in one go, but they would lost more than $165m through tax leaving around $254m after deductions. Alternatively, they can receive $14million per year over the next 30 years, but they’d see a lot more of their whole prize in the end. Unsurprisingly, many Americans opt for the installments option.

There were odds of over 292 million to one for anybody to win the draw this past weekend. To put that in perspective, it would cost one person an excess of $584 million to buy every possible ticket combination to the $421m jackpot (obviously not viable) and that would also have to rely on nobody else matching the winning numbers. However, a couple of players in Pennsylvania won $1m each for matching five numbers, while three players matched four numbers and won $500,000 a piece.

From all the funds raised through ticket sales, 50% make up the jackpot prize, 40% go to the individual state budgets while just 10% go to the retailers and administrative expenses. However, you don’t need to be an USA resident to participate in the Powerball. It was reported in 2015 that a man in Iraq purchased an Oregon state lottery ticket worth more than $6 million. Claiming it via instalments he is still receiving $250,000 every year for the next 25 years.
Meanwhile in the UK, there are many popular online lottery games you can play every day of the week.