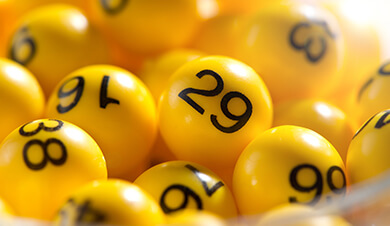 Mandy Bowman from Buckie, Moray Firth recently won £1.2 million playing on an online bingo site. The farmer’s wife, 45, was playing the game on her phone one evening when the unbelievable happened. Mandy claims she’s not a big gambler, following her father’s advise of ‘only betting what you can afford to lose’, but likes to play bingo online from time to time.
She’d initially won £400 before she decided to play the Major Millions game with a progressive jackpot. Within minutes she was down to her last £3 and presumed it was all over. Then the next spin revealed five matching symbols and Mandy had won the impressive jackpot in excess of £1 million.

Mrs Bowman admits that she couldn’t believe her own eyes at first, assuming it must be a joke or a mistake. As reality set in she found herself unable to sleep for three nights straight.

Mandy has been married to her husband, John, for just over two years and two are said to love their farm so much that retiring on Mandy’s winnings is out of the question. Most of the money will be spent on the farm, improving the existing buildings, new machinery and an indoor riding school for her beloved horses.

What about a holiday? It turns out that Mandy and John never even got to have their honeymoon, and it doesn’t seem there’s much chance of that happening soon. The two of them will be busy with lambing season soon and that could keep them busy through to May 2017. John doesn’t even have a passport, but surely the Mediterranean is calling their names now.

It turns out Scotland has been a somewhat lucky area recently. Lisa Forgie recently won more than £51,000 on the lottery. But there’s a twist in the tale, it turns out that Lisa has been using the same numbers that her boyfriend at the time had been picking out for the past 12 years, they split up recently but Lisa has continued to use the same numbers. Lisa plans to take her new partner and son (named after Ayton Senna) to see the Formula 1 in Brazil next year.