Home » News » A Preview of Manchester City vs. Barcelona 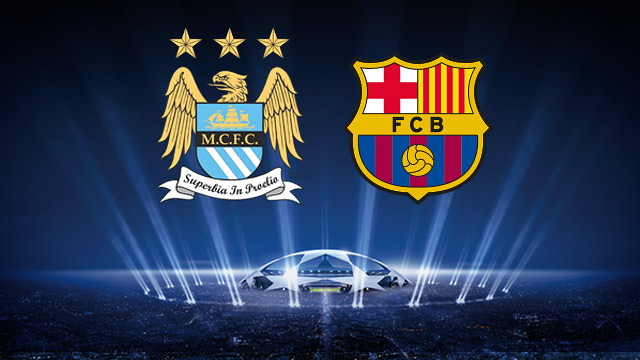 A Preview of Manchester City vs. Barcelona

The honeymoon period may be over for Pep Guardiola at Manchester City. Although they recently defeated West Bromwich Albion in the Premier League to end their recent winless run, it doesn’t take away from City’s recent results in all competitions. City had gone seven games without a win in all competitions, the worse run in Guardiola’s entire management career. City may face the impossible tonight as they attempt to contain Messi, Suarez and Neymar. Many would argue that Messi wasn’t even operating at full power when he scored a hat-trick in the previous fixture.  For those who fancy betting on football tonight, we preview the likelihood of both teams.

It’s convenient that yesterday was Halloween as poor Guardiola has a number of demons to exorcise is this rematch. When analysing what went so wrong for City in other Barcelona game, it’s impossible to look past the head scratching decision to leave Agüero on the bench. Not only did it add fuel to rumours of the Argentine leaving the Citizens, it also left considerably weaker up top where they didn’t pose any attacking threat to the Catalans. Add on top new keeper Claudio Bravo seeing the red card after handling the ball outside of the area (which means he’ll miss this game and Caballero will be the likely candidate to fill in), and Guardiola was powerless as he sat on and watched his former club dismantle his new one, piece by piece.

Brendan Rodgers at Celtic was the first man to find the formula for City’s undoing that saw them draw 3-3 at Celtic Park, but Tottenham were the first to defeat them followed by Barcelona in the Champions League, and Manchester United in the EFL Cup. It’s just as well that City have recently dismantled West Brom by 4-0 as they’ll need all the confidence they get tonight, and even that might be enough. It’s not often you’ll see City priced as the underdogs this season but they are on this occasion with Ladbrokes giving the Citizens odds of 9/5. Really, this is a must-win game for Guardiola, or his chances of reaching the Champions League knockout stages won’t look rosy otherwise.

What is there to say about Barcelona that hasn’t already been said? Losses in the league to Alavés and Celta Vigo are the only reassurances we have that Messi and co are indeed human. Even with those league losses, Barcelona are only 2 points off top of the La Liga and are still likely to dominate the season. They are also currently unbeaten in the Champions League, and a second win over City would secure their place in the knockout rounds. Paddy Power favour Barcelona at 11/8, and that would only be the start, they definitely look like the team to beat.