Home » News » The Most Offensive Players In The NFL Right Now 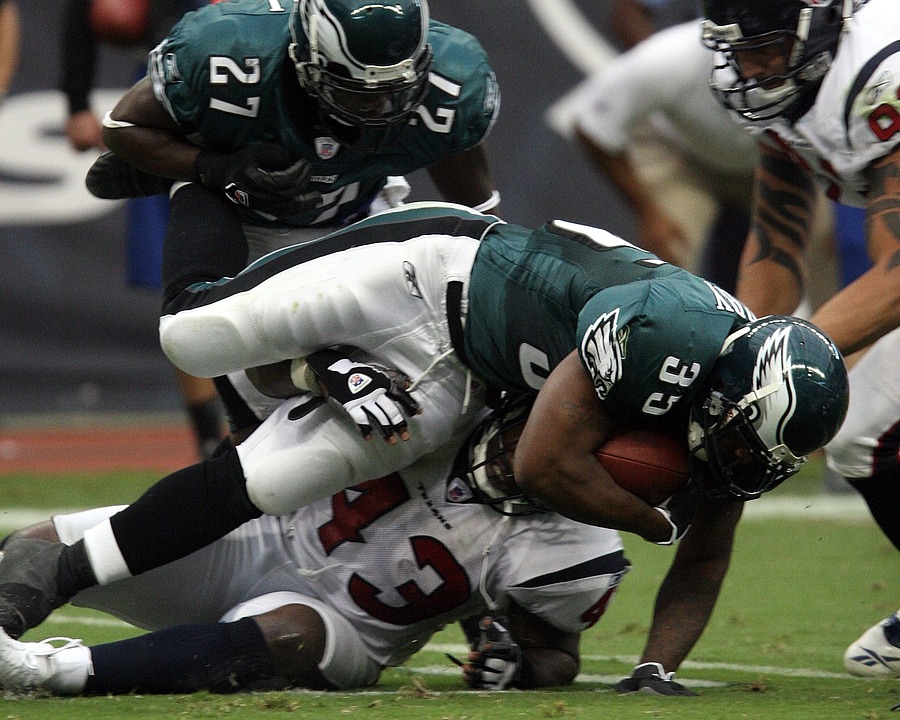 The Most Offensive Players In The NFL Right Now

We have been watching the NFL very closely this year, and boy has it been an incredible season already! Whilst players of all positions have played immaculately this year, we need to give some honourable mentions to those taking an offensive role. Those who have been sports betting on their favourites this year will still have been satisfied with their winnings, but there have been some big surprises in the NFL season so far as well, with players who we never would have predicted initially making a breakthrough. But who are the top offensive players?

Tom is a member of the New England Patriots, and we think it’s safe to say that he is going down as one of the best quarterbacks of all time in the NFL. However, it hasn’t always been that way, and he’s come a long way to get to where he is now. Originally, Tom Brady wasn’t always at the top of his game, especially when it came down to accuracy. From 2016 onwards though, Tom Brady’s performance on the pitch has completely transformed, completing 35 of 70 passes for over 1,100 yards, as well as 11 touchdowns in total. Just earlier this year, we saw the New England Patriots soar above the Baltimore Ravens in an overall score of 30-23, which wouldn’t have been possible without the performance of Brady.

A mention of Aaron Rodgers is hardly surprising considering he is a legendary figure in the world of NFL. In 2011 alone, Rodgers managed to secure 45 touchdowns to 6 interceptions, setting the highest single-season player rating in NFL history at 122.5. The NFL player has a whole range of skills that he lets loose on the pitch, including accuracy, field-reading and mobility, all combined to make his throws some of the best that the NFL has ever seen. Although, in 2016, he did struggle with his accuracy and managed only 10 touchdown passes compared to 4 interceptions. Having said this, considering that he’s on the edge of 34 years old, it’s undeniable that he might just be the best quarterback we’ve ever seen.

Julio Jones hasn’t always been the best wide receiver on the NFL pitch, but over the least 3 seasons, he has really surprised us all. Whilst he did initially seem ultra-athletic, his skills were somewhat raw and in need of some finessing. Now, Jones enters his seventh season, and has driven many wins for the Atlanta Falcons. Over these 3 seasons, Jones has impressed us all with his 4,873 receiving yards, along with 20 touchdowns on 323 receptions. It’s clear to see that he absolutely terrifies the defensive side on the opposing team, and nothing seems to get past this guy at all thanks to his athletic advantage. Not only can Jones take the top off the defence from the outside on post, but he can also run dig and over routes across the middle of the pitch, making him a truly versatile weapon and one to watch over the commencing season.

This NFL player is an absolute monster at 6”7 and there’s no doubt that his ludicrous height helps him with his offensive position. Smith hasn’t always been the most offensive player on his team, especially with Joe Thomas taking the dominating offensive position on the pitch in previous seasons. But, since then, we have seen Smith make a real comeback, and he could be ready to become the top tackler in the NFL league. As a pass-blocker, there is still room for Smith to grow, but there’s no denying that he’s a very useful asset to the Dallas Cowboys thanks to his ability to move despite his unbelievable size. The only issue surrounding Smith is his health and durability – we have seen the offensive tackler dealing with a MCL and bulging disk in the past. Putting that aside though, we can definitely expect to see Smith working his way up the offensive ranking even more in upcoming seasons.

Of course, no NFL game can be successfully won without a strong defensive team, but with the help of these offensive players, teams are able to score record-breaking amounts of touchdowns and secure a win within the NFL season. Now it’s just a waiting game to see who comes out on top in the end at the Super Bowl on the 4th February 2018.