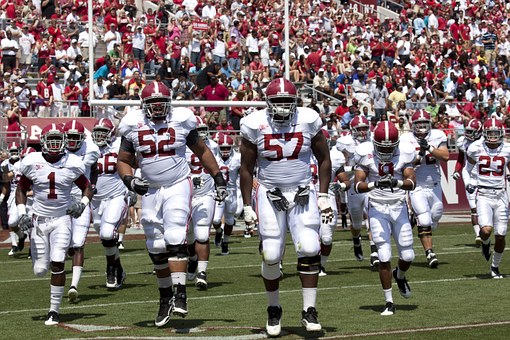 Another week goes by and the state of New Jersey is still pushing hard for sports betting to be legalised and 1992’s Professional and Amateur Sports Protection Act (PASPA) to be overturned. Raymond Lesniak, State Senator, has been one of the figureheads in New Jersey’s opposition to the ban on sports betting, but recently he has receives support from five other states.

Arizona, Louisiana, Mississippi, West Virginia and Wisconsin have been described as ‘friends of the court’ can only add fuel to fire in the hopes of lifting the ban across the entire United States. New Jersey unsuccessfully attempted to overturn the PASPA in 2014, on that occasion they were also joined by Wisconsin and West Virginia. Mississippi are among the most recent states to express interest in legalising sports betting. Ryan Rodenberg, a professor at Florida State University, has argues that the PASPA is unconstitutional as it currently it grants excessive powers to professional sports leagues.

Things could be different this time around, as New Jersey may well have a new ally. Chris Christie, the Governor of New Jersey, is the head of the transition team, for President-elect Donald Trump. It is believed that Christie is good friends with Trump, who is obviously well know for this connections to the casino industry, may well be in favour of legalising sports betting (unlike the outgoing Barack Obama), which could be an ace up the sleeve for Chris Christie.

Christie’s argument is by no means original, but it is simple and difficult to argue with. Whether legalised or not, sports betting happens, every day, underground and behind closed doors. Although it is difficult to stamp down illegal betting, there seems to be minimal effort to tackle it anyway. Instead the state courts seem more intent on stopping the legalisation of activity that is happening all the time, especially during the NFL season.

New Jersey has been consistently appealing to overturn the PASPA since 2009. While they’re dedication to the fight is honourable, the chances of the case being addressed could be quite slim as only 1% of all cases ever make it to a hearing. The legalisation of sports betting would generate millions of dollars in economic activity as well as creating numerous new jobs for residents of the state.