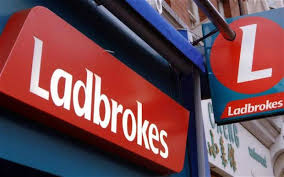 Ladbrokes take over sponsorship of Hennessy

It has been announced that Ladbrokes have now been confirmed as the new sponsors’ of the race that was formerly known as the Hennessy, ending the longest sponsorship deal in British racing history. Hennessy has backed the famous race for 60 years and for some time there has been speculation that the bookmaker would take over the sponsor ship and it has now been confirmed Monday the 23rd of January. Other than its Gold Cup, Ladbrokes association will extend beyond this and will now be the firm sponsorship of 13 out of 14 races during the grounds festivals. Whether you’re a fan of it or not, with Ladbrokes taking over the sponsorship, the prize-money will increase by 25-percent with the total now being £250,000 and the two day event will be increased 100,000 pounds to 700,000 pounds, so despite its controversy with the prize money increased, may create more interest into the ground.

The reason why this is considered as a controversial sponsorship is because Ladbrokes is not part of the British racing’s authorised betting partner’s scheme. Originally, the firm failed to reach an agreement with the racing’s stakeholders regarding a suitable digital contribution to the cause, but with the existing model due to be replaced later this year, Newbury’s executive ended up deciding that a deal could be struck. The course’s chairman stated that “The Newbury board’s decision to partner with Ladbrokes as the new sponsor for this prestigious meeting was made in light of the government’s commitment to replace the existing levy scheme from April, 2017. Given the government’s position, our board felt that it could agree future sponsorship arrangements with any betting operator for race meetings taking place after that April date.” This can come as a coupe for Ladbrokes as they lost the rights to sponsor the World Hurdle event at the Cheltenham Festival which has now shifted to the Sun Bets stayers’ hurdle.

The course of the sponsorship will run for five years and Ladbrokes chief executive said “Horseracing is a vital part of the heritage of our business, and we are passionate about maintaining our support of the sport. We have committed to work in partnership with Newbury racecourse to build the two days of this fixture into one of the most compelling attractions not just in the racing calendar, but in that of sport as a whole.” So with the increase of winnings, it’s clear to see that Ladbrokes aim to make something of this opportunity, and it will be interesting to see how it pans out.

Looking excited for this change around? For all the best odds across the whole of the horse racing market, at Best Deal Casino, you are presented with an entire catalogue of all the best bets across the industry.