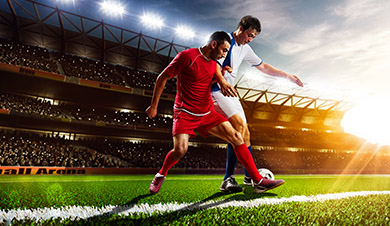 The Evolution Of Sports Betting

For as long as there has been sport, there have also been people wanting to bet on sport. Football dates back many hundreds of years, and in medieval times it would have been played between two neighbouring villages with the attempt to get the ball into the opposing village and preventing it from entering yours to score points. Back then there may have been a wager in the form of a forfeit between the ‘players’. Harry Ogden was considered to be the first ever example of a bookmaker when he started a business that took bets in 1790’s.

The first UK Gaming Act was passed in 1845, and at that point it enabled fans to place wagers on horse races at the tracks. This even led to a culture where many people of wealth managed to travel to racing events, thanks to special excursion trains, especially to place wagers on the races. This likely lead to the birth of events like Ascot.

Sports’ betting as we know it now was first born in 1961, when Harold Macmillan (then Prime Minister) legalised the operating of betting shops, with measures in place, and this led to the launch of brands we are familiar with such as William Hill, Ladbrokes and Coral. The increase of televised sports coverage made betting more accessible throughout the classes and led to rapid growth throughout the industry.

Industries today are keen to revolutionise their services based on growing trends. The internet paved the way for a rapid advance in the industry, especially thanks to smartphones and apps that allows people to bet from the comfort of their own home, or from the pub where they’re watching the game. This was quickly followed by the popularity of in-play betting where fans can betting according to the ebb and flow of the game they’re watching.

Since 2014, online sports betting in the UK has grossed more than £1.3 billion and has always provided opportunities for the market to evolve. The growing trend now is within social media, with many fans turning to platforms like Twitter to get tips on who to bet on. So now the natural next step seems to be to infuse social media into the online betting world

Betfect and WantMyBet seem to be the two operators leading the race thus far and they offer the premise of users being able to share their betting tips with other users, and they’d climb up a leader board with every correct prediction. Similarly, Tedbets has a feature there they allow users to bet against each other, rather than against the operator. This means friends who are both members of the website can challenge each other, or users can also follow other users and bet against them.
While this feature is still at an early stage, there is a strong possibility that the world of online sports betting has been revolutionised one again.