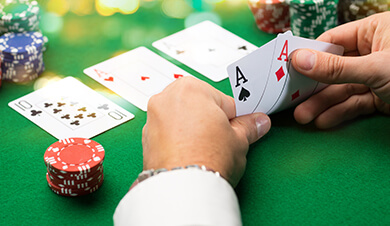 Swedish operator, Evolution Gaming has announced a 47% increase in their revenue for the third quarter of 2016, and they attribute the increase to the rising popularity of live dealer games. Evolution is leading supplier of live dealing games, as a result they have teamed up with a number of land based casinos throughout Europe in order to acquire more live dealers. A move that has proved popular, especially with a large number of players opting for live games over any other forms of online casino games.

London’s Hippodrome and Ritz Club, plus the Grand Casino in Bucharest and the Olympic Entertainment Group have become some of the key partners to Evolution, and has even helped them expand their reach into the Baltic region.

In the third period of 2016, Evolution Gaming made €29 million which is very impressive compared to €19 million made in the same period in 2015. A huge amount of investment has been pumped into their live casino studio, after all that’s where most of the magic happens, which is currently located at the Grand Casino in Bucharest. This is the 7th studio Evolution has opened, and the first ever in Romania.

Most games so far are poker related and include Texas Hold’em, three card poker and Caribbean stud. There are plans to start launching newer live games such as roulette and blackjack, thus increasing their portfolio value in the regulated European market.

A number of changes have been made to the Evolution Gaming hierarchy, but thankfully it hasn’t has any effect on their overall performance. Joel Citron submitted his resignation as Chairman but will remain with the company as a board member. Current CEO Jens von Bahr has taken on the position as interim Chairman until the board elects somebody for the position full time. Johan Nordström has become the new Chief Executive of Operations and Martin Carlesund is now the Chief Executive Officer of the group.