Home » News » Edwin Encarnacion: heading to the Indians on a 3-year deal worth $60M! 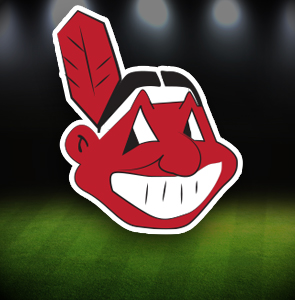 Edwin Encarnacion: heading to the Indians on a 3-year deal worth $60M!

So it seems that Edwin Encarnacion is moving his services over to Cleveland. The defending American League champion won the sweepstakes for the former Blue Jays baseman on Thursday afternoon. The Indians look to be landing him on a 3-year deal worth a staggering $65 million! The 34 year old produced one of his best seasons in the 2016 calendar. He managed to hit 263 with 42 home runs and 127 RBIs which is a very impressive record. His to be former club lost to his to be future club in the American League Champion Series 3 to nil.

It’s a huge coup for the Indians, who came so close to winning the franchise’s first World Series title since 1948. They held a 3-1 lead on the cubs before Chicago stormed back to win games 5,6 and 7 but the final game came down to nail biting stuff as it took 10 innings in the decisive game. Encarnacion joins an offence that is currently ranked fifth in the majors and second in runs scored last year. Throughout his career he’s stats consist of 266hitter with 310 home runs in 12 major-league seasons whilst playing with the Blue Jays and Cincinnati Reds.

A host of teams were in the mix for the Dominican Republic national, and Toronto had already offered Encarnacion a four-year, $80M deal on which he passed on and they eventually went and signed Kendrys Morales. The Rangers are widely expected to bring back Mike Napoli now that Encarnacion is off the cards.  Edwin is a hard working individual who has seriously improved his defensive game over the past two years and if he were to stay at the Blue Jays, he would have most likely been their first primary baseman; now they have to hope that Morales improves otherwise they may find themselves in a spot of trouble. But can you blame Edwin for the move? The Jays are not as a good as they were a year ago and the Indians are better than they were so the Jays should have allowed Edwin to explore the market before pulling the rug out from under the deal by signing Morales.

Edwin’s departure from the Jays after eight seasons is a major move for Cleveland. Already with one of baseball’s best pitching staffs, the Indians now have a much more dangerous line-up. Their team has a balance mix of young stars and experienced players which are making them look like promising favourites for next season and you can find the best odds at Best Deal Casino. It was a bold move by Indians owner Paul Dolan, who has been hesitant to test free-agent waters in recent years after majors signings didn’t bring the promise that was attached to their signings. With Edwin joining the roster, Cleveland’s lagging attendance should surely improve now with this marquee signing. They were ranked 28th in the majors, however with Edwin’s arrival this will surely bump up as he’s been greeted which much fanfare and is seen as a Christmas present for their fans.