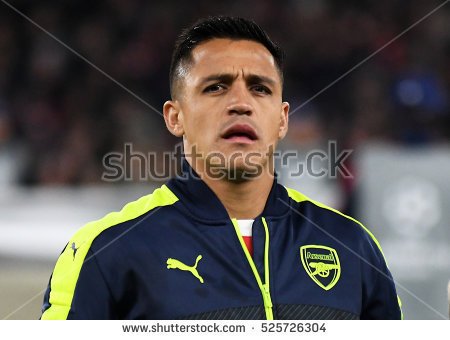 Forget about refusing contract talks or wanting away from the club, Arsenal could lose their key man to the actual prison after it was found out that Alexis Sanchez has been defrauding the Spanish treasury of £865,000 between 2012 and 2013 from his time playing for Barcelona. In his statement to a Catalan court- via video link from London, according to Europa Press, the Arsenal star is understood to have already returned the money he admitted to defrauding.

Because of this, Sanchez now faces a possible jail sentence; Spanish prosecutors said that Sanchez, avoided paying tax by “simulating” the transfer of his image rights to Numidia- an offshore shell company in Malta. Alexis confessed that he had hidden the existence of Numidia, which he owned a 99% stake in, to avoid paying £516,190 in 2012 and £347,624 in 2013. However, despite claiming to have paid back the entire holdings, he will have to also pay a mega money-fine in order to avoid a high-profile court case, similar to what former team mate Lionel Messi had to do.

The forward’s lawyers will meet with Spanish officials to agree on a figure, which is likely to be inflated by Sanchez’s delay in admitting to the crimes. The prison sentence still stand, but he is unlikely to serve any time behind bars. Under Spanish law jail terms of less than two years can be served on probation.  It’s becoming a common trend at Barcelona as Sanchez is now the 5th player to be investigated for tax offences, after Lionel Messi, Javier Mascherano, Adriano and Samuel Eto’o- Messi being sentenced 21 months in prison and Mascherano a year.

It’s not going well for Chilean

It’s not really been a good month for Arsenal’s top goal scorer as we saw him look very unhappy in being subbed off in the Swansea game.  With the contract cloud hanging heavy, pessimists would be forgiven for interpreting his expression on his feelings regarding the club. He clearly is a hard worker and wants the best for Arsenal; we can see it on the pitch, but that reaction after being subbed could show signs that he wants out. There was no reason for him to behave like that, Arsenal were 4-0 up and he weren’t on for a hat-trick, for me, that was the best decision for the player and the team as Arsenal had the game won and Sánchez and Ozil were being rested for greater challenges ahead. Needless to say, Sanchez and Ozil are both stalling on a new contract and if Arsenal want to continue as title contenders, they must keep their top players. Personally for me, I think Wenger will be able to keep one of the two, most likely being Ozil, but again Ozil has stated that he wants to know about Wenger’s future before committing his own to the club.

I guess, only time will tell whether or not they will stay and in regards to title contenders, do you think Arsenal have what it takes to win their first titles in over 13 years? Have a look at the odds on Best deal casino’s dedicated football page and maybe you could become a winner too.