Most people have heard of keno but haven’t really played, and if you are one of those people then not to fear as we have a beginners guide to help you get started. The game of live keno actually has a very long history that dates back thousands of years; it is also one of the oldest gambling games. The name ‘keno’ has Latin and French roots, however, the game is believed to have actually originated in China during the Han Dynasty 3000 years ago. Keno has changed drastically to when it was first created; instead of using 80 numbers the game was played with 120 chinses characters. In China the game is still played with Chinese characters, although the number of characters has been reduced to 80, just as keno in the Western world is played with 80 numbers – making it incredibly similar to bingo. 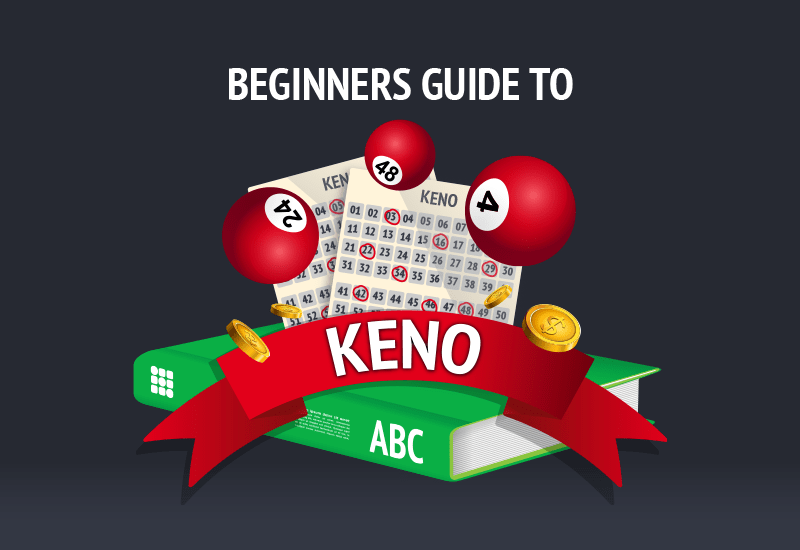 The game of keno is a really fun game that has a simple set of rules. The basic principles involved in this game are incredibly easy to understand and follow, all you need is this handy beginner’s guide to help you on your way to playing and becoming a pro.

The Basics Of Keno

Keno basically requires a card or a ticket to play, the layout and basics of the game make it very similar to bingo. On the basic keno card you are given online and in bricks and mortar casinos, there will be numbers from 1 to 80 displayed. Numbers 1 to 40 are generally located on the top half of the card, and the numbers from 41 to 80 are on the bottom half of the card. All of these numbers correspond to the numbered balls inside a ball machine. 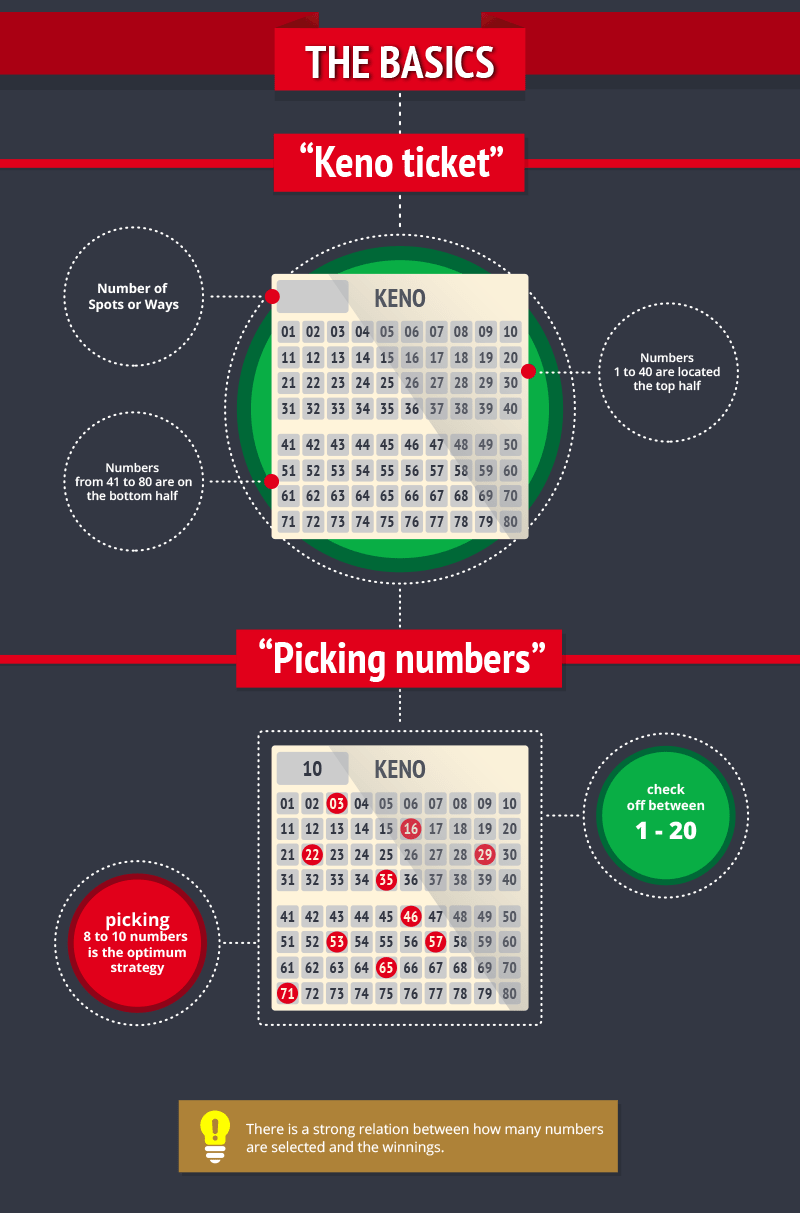 At the start of a keno game, all the players will have their card or ticket which consists of numbers 1 to 80. The aim is for each player to check off between 1 and 20 of them, and then the game can begin. The player’s winnings will be calculated according to the match between the numbers on the grid and those that have been drawn and called out. There is a strong correlation between how many numbers are selected and the winnings. In effect, the fewer numbers you check off the more substantial your winnings will be if those numbers come up when they are drawn and then called out. Obviously, you will also have lower odds of seeing your numbers come up too. According to the statistics of keno, by picking 8 to 10 numbers is the optimum strategy in terms of the pay-out rate.

How Keno Plays Out

Just before the game begins, players must mark the numbers on their card that they think may win, or be called out. Players can choose any number on the card but can’t mark any more than twenty. At the same time the player also needs to indicate the amount they wish to wager and the number of games they wish to play.

After all players make their wages, 20 numbers are drawn at complete random with the ball machine, similar to ones used for lottery and bingo, or if it is an online version of keno, through a random number generator. Once all 20 numbers have been called, the winner is then declared. Players will then be paid depending on how many marked numbers they achieved.

For instance if a gamer played 10 numbers but only managed to guess 8 then they will be paid accordingly. The pay-out would have been bigger if they got the whole ten numbers. If a player wins they then bring forward their ticket to the keno writer or runner to check the ticket, making this very similar to bingo.

The way betting works in keno is based on how many number the player chooses and how many numbers are called or are a hit. In general terms, the more numbers a player chooses and the more numbers hit, the greater the pay-out rate. The probability of a player being able to hit all 20 numbers on a 20 spot ticket stands at an estimation of 1 in 3.5 quintillion- slim pickings, however it is a fun game and you can still win, even if you don’t hit all 20 numbers.

Straight tickets are the most basic and most common. With this ticket, you must determine how many spots you want to play. Casinos can allow you to ­ spots, and some many allow you to choose up to 40 on a straight ticket. Generally, beginners will play 4 to 8 numbers. This is because below 4 spots, your payoff isn’t worth what you spend, and at 8 numbers your odds are approximately 230,115:1.

Once you have chosen your numbers, you will then determine how much you want to wager. Straight tickets are generally £1, although some casinos will offer these at 70p or less. You can also play multiples of the base rate. This means that you could play a £1 ticket for £5, so you will receive 5 x the £1 payout if you were to win.

These are 2 or more straight tickets played on the same physical ticket. Each ‘ticket’ consists of a group of numbers that are circled or otherwise separated. Each group of numbers must be totally unique. Split tickets simply allow you to play two or more games on the same piece of paper. However, you cannot use the same number more than once.

Way tickets can be complicated. The first thing you should know is that there are only two reasons to play: convenience (you can mark multiple games on a single ticket) and fractional rates (some casinos will let you play for as little as 10p per way instead of a £1 which would have to be played on a straight ticket). Way tickets contain a number of separate bets which can be carried out individually or together on a single game. For example, if a player marks 6 numbers, they can create two separate bets: the first that a group of three will be called (2/3), and the second on all 6 numbers being called (1/6).

One of the numbers on a ticket is circled, and referred to as the king. This is not used alone, but instead is used in conjunction with other numbers to make up straight, way or combination tickets. An example of this could be the player marking 6 numbers AND the king (and wager that all 7 numbers will be called – 1/7). They can make a secondary bet on two groups of three numbers AND the king being called (2/4 – there are four numbers in total when you include the king).

5 More Things To Consider When Playing

Please check out our other guides, including guides on Blackjack, Poker, Roulette & Scratch Cards.