Believed to have originated during the Crusades, craps is a simplification of an earlier English game known as ‘hazard’ and later influenced by French gamblers. The commonly accepted version of the game now was initially introduced to New Orleans by Bernard Xavier Philippe de Marigny de Mandeville who was a wealthy colonial landowner. 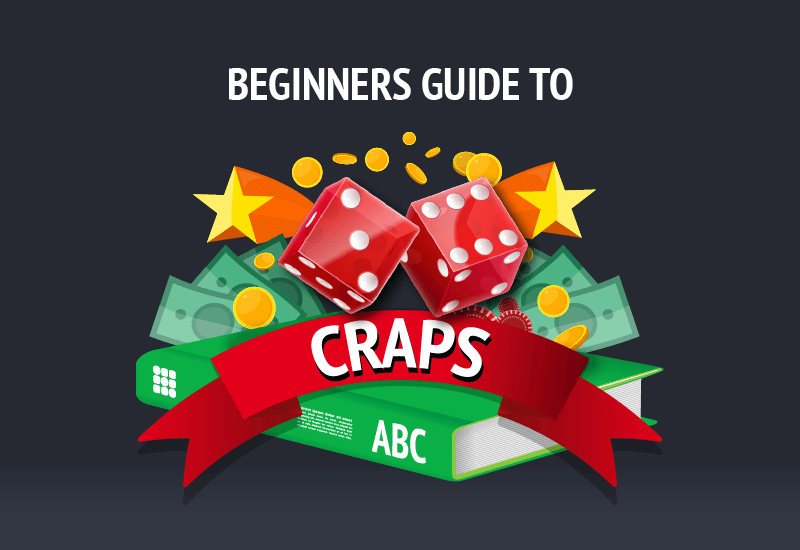 The name ‘craps’ originates from French word ‘crapaud’ which means ‘toad’, in reference to how players would be crouched down over a pavement to play street versions of the game. Street craps is often played by rolling a pair of dice against a wall or a curb so there is some form of backstop. Street-style craps was very popular among soldiers during World War II, although with nothing to use as a backstop, soldiers started implementing methods of dice control, today known as the ‘army blanket roll’.

Casinos often use a standard live craps table that is oval shaped to allow players and employees of the casino to sit or stand around it. It is finished with a green felt that is marked out with a layout that displays the possible betting options.

The table has two long sides and along one side is the casino’s bank where they stack all of the chips and there is usually a long mirror that runs along the opposite sides. The two short ends are U-shaped and have the same betting marks as each other, there is usually room for up to 8 players around the table to place their bets on either side. The inside walls of the table are usually covered with a jagged rubber finish that creates unpredictable rebounds from the dice when they bounce off the walls during play.

Four casino employees usually run the table, these include the boxman who is seated behind the casino’s bank where he manages the chips and supervising the dealers. There are two base dealers who stand either side of boxman and have the job of collecting the bets from players on their respective side of the table. Finally there is the stickman who is positioned directly opposite the boxman where he takes the bets to the centre of the table and announces the results of each roll. He is also armed with a long handled stick used for moving the dice across the layout of the table to each player.

In a standard game of craps you must always use the same hand to throw and bounce the dice off the far wall that surrounds the table. This keeps the game fair and consistent. If any die should leave the table, the shooter must then select another from the remaining in the bowl. The original die can be requested but is subject to the review of the boxman. 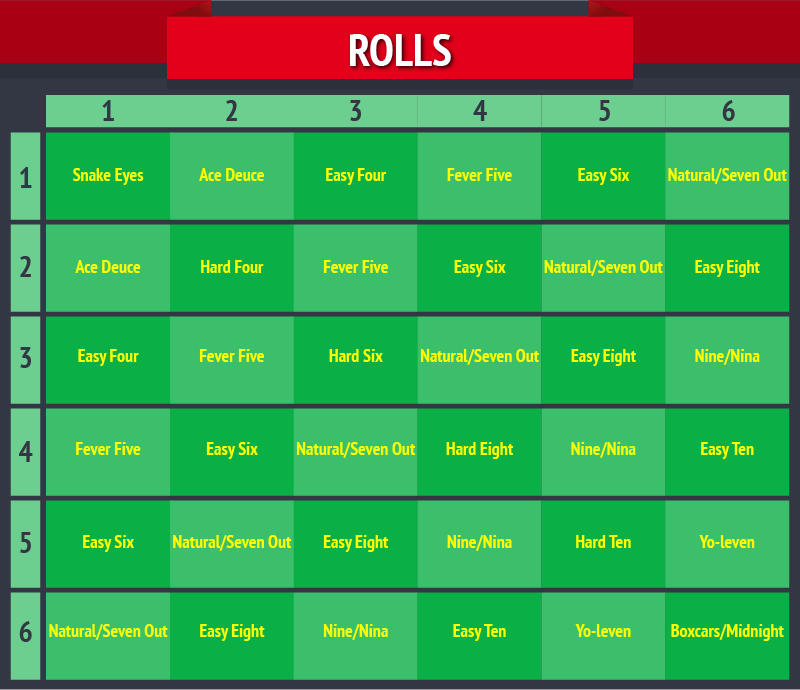 Because craps is always played with two dice, the eventual number is made of a combination from both dice. There are casino (slang) terms in naming the various combinations of rolls that are possible. Although these can differ among casinos around the world, the most universally recognised terms are listed in this useful table.

Please check out our other guides, including guides on Keno, Blackjack, Poker & Roulette.