The lottery has a surprisingly long history, some date back as far as the Old Testament and is a form of legalised gambling that usually involves the drawing of numbers to claim your prize. Throughout history, lotteries have been outlawed by some governments, however it has become very popular within our population to date and from an economic viewpoint, lotteries can be deemed more interesting than you may have realised. The fact that people buy lottery tickets presents a challenge to the theory of decision making under uncertainty, yet it provides hope in our lives, which sometimes can prove to be a healthy aspect throughout our working days.  Another reason why lotteries are so interesting is that they are considered as an important source of revenue for the state. If we look at the voluminous amounts of income the state gets, lottery funding can be known to contribute more to the state budget than the generic tariffs or taxes. So just think, we you next do the lottery and feel disappointed because you didn’t win that massive jackpot, least you can make yourself feel slightly more positive knowing you have contributed towards the states revenue. 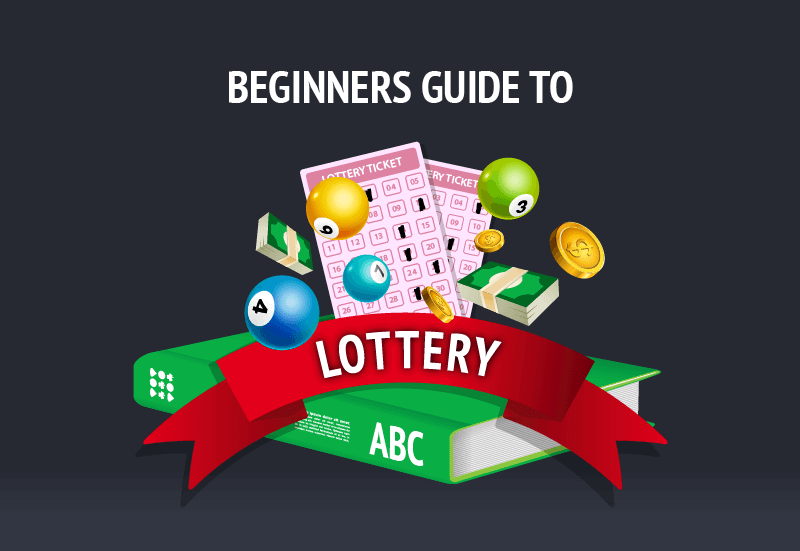 Playing the lottery requires no skill or strategy and can be purchased easily at your local supermarkets and retail shops. The legal age to buy a lottery ticket is 16 and this applies pretty much everywhere around the world. Most of the time, the lottery is completely pot luck, however certain individuals claim to have specific strategies in regards to picking their numbers, whereas others chose numbers that represent a type of sentimental meaning- most just pick at a random. 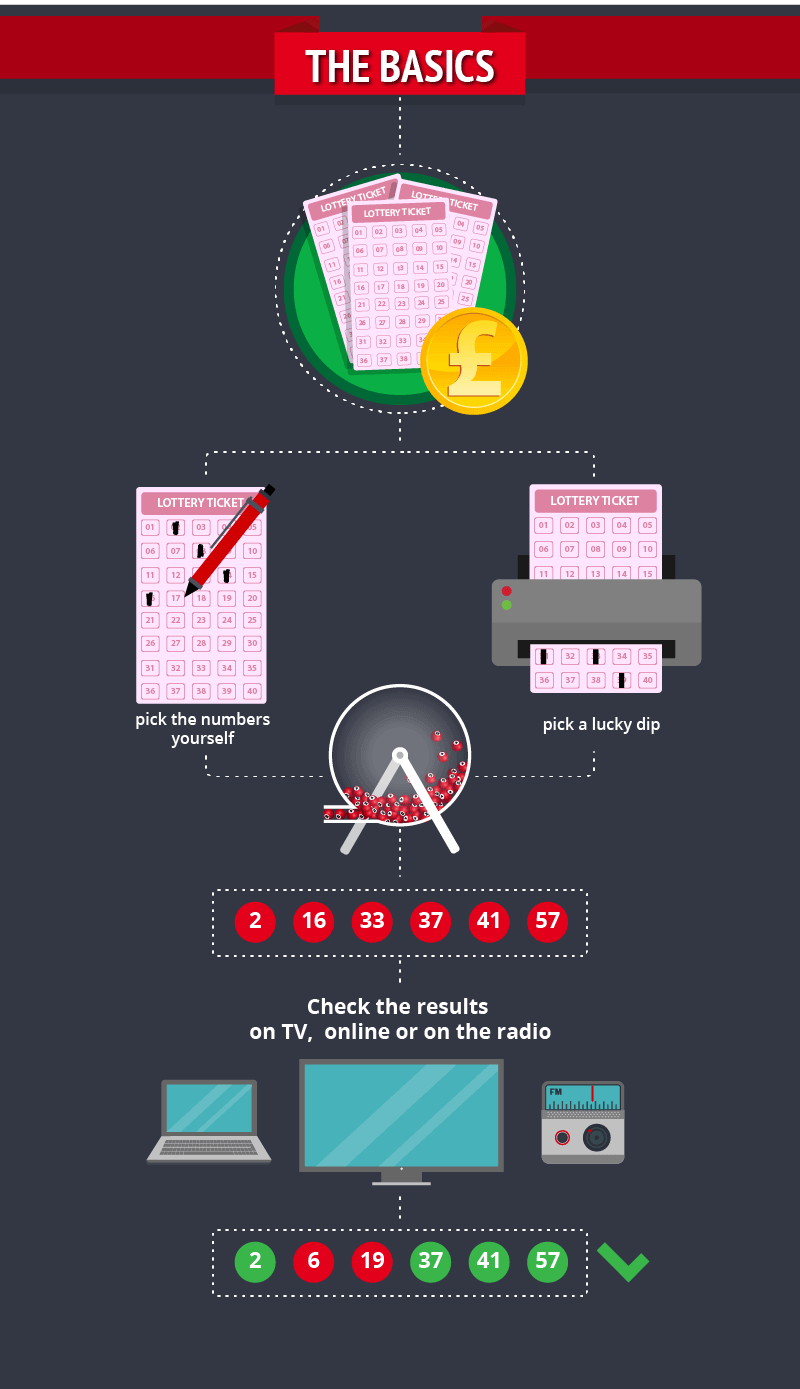 The National lottery is the state-franchised lottery in the United Kingdom; it is operated by the Camelot Group. The rules are simple, you can either pick a lucky dip which basically generates a set of random numbers or you can pick the numbers yourself if you feel you know the winning combination. Once you have picked your selection, the results are usually televised in which the presenter will pick out the numbered balls one by one till the set is complete. If you were to miss the results on TV, you can always check online or listen out on the radio. If you are lucky enough to win the jackpot, all prizes are paid as a lump sum and are tax-free, of all the money spent on lottery games: 50% goes to the prize fund, 28% to ‘good causes’ as set out by the state, 12% to the country’s government as a duty and 5% to the retailers commission, so as you can see the money Is spread to a number of different parties.

Usually to be eligible to play, like already mentioned, players must be 16 and tickets may be bought in person at approved premises in the UK, or online. There is no limit to the amount of tickets you can buy, it all comes down to how much money you want to spend, obviously the more tickets you have, the more chance you have of winning, it’s just depend if you want spends lot on a ticket as they tend to be £2.50 per item. 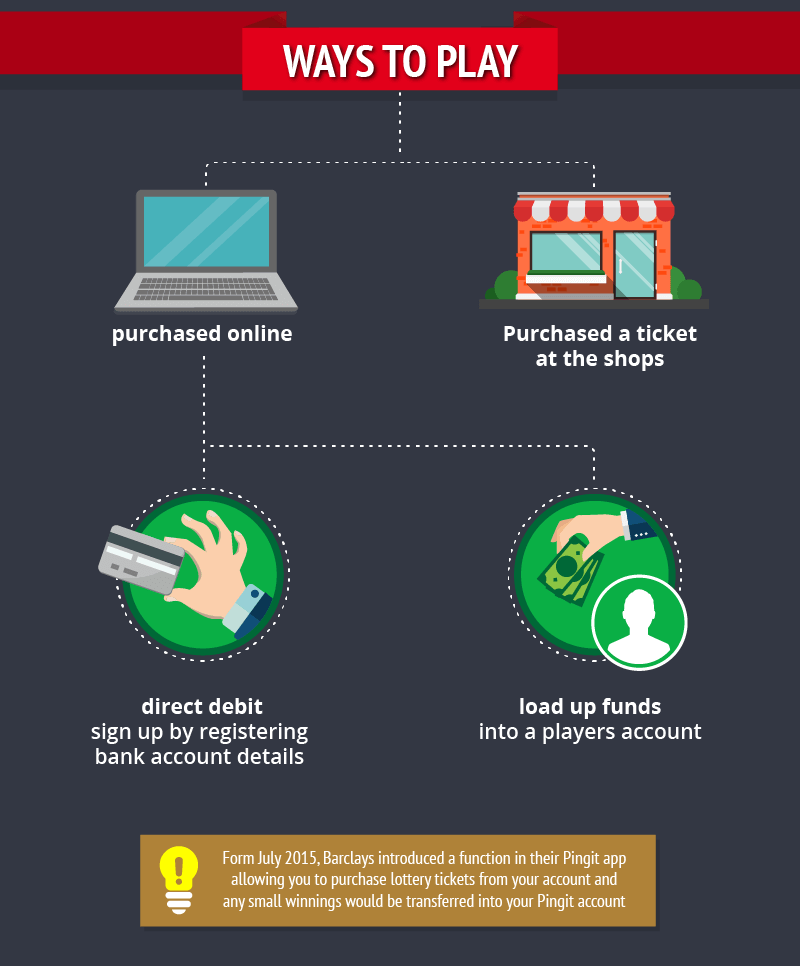 As well as purchasing a ticket at the shops, tickets can also be purchased in many other variations as well. If you have access to the internet, then all lottery games can be played and purchased online. There are two ways of doing this: firstly using direct debit, players can sign up by registering their bank account details and their saved numbers will be automatically entered. If you were to win by this way, the lotter company will email you notifying that you have won.

Secondly, by using a loaded account, you can load up funds into a players account and be played as required. Again if you were to win, you’d be sent an email notifying you of your winnings.

Form July 2015, Barclays introduced a function in their Pingit app allowing you to purchase lottery tickets from your account and any small winnings would be transferred into your Pingit account. 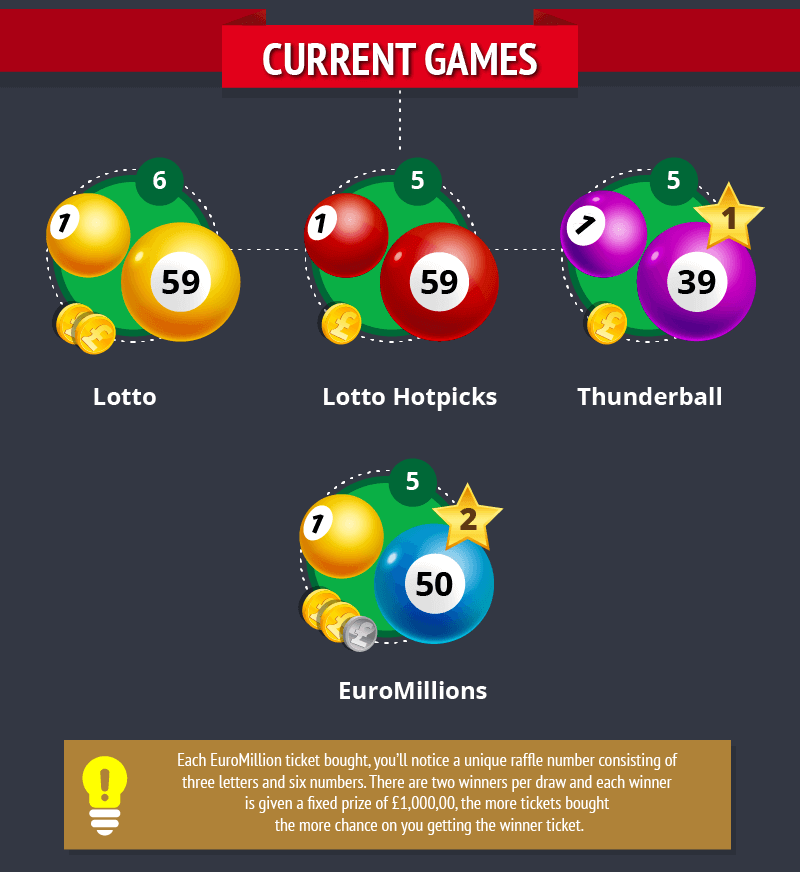 Lotteries have a number of different games; however most are played in the same/similar way. In the UK, there are several games that the public can engage themselves with. You have the Lotto; consider the original game and the generic lottery, players buy tickets with their choice of six different numbers between 1 and 59 or you can pick a lucky dip for those who do not wish to choose. A further ‘bonus ball’ is also drawn, which affects players who match five numbers.

Lotto Hotpicks uses the same numbers from the original lotto draw, it just a different game. The players are required to choose from both the numbers AND the numbers of draw balls they want to match. Like bingo, if the players don’t match all the numbers chosen, they then lose.

The Thunderball is again, similar to the generic lottery, yet has a slight alteration to its game. This game requires players to pick five main numbers ranging from 1 to 39 and a Thunderball number from 1 to 14- for an entry fee of a £1 per ticket. The top prize foe this lottery is £500,000, however smaller amounts of money can be one depending on how many numbers match up.

EuroMillions considered rather popular with the public and it is a well-known European lottery. The draw is currently made in Paris and tends to be shown in the UK on the BBC. If you do want to give this lottery a go, be warned, as the odds of winning this lottery are 139,838,160 to 1, but if you somehow defy these odds, your bank balance is going to have a big smile on its face.

This is more like a raffle than a lottery but it still counts. UK Millionaire Maker, basically works in tandem with the EuroMillions. With each EuroMillion ticket bought, you’ll notice a unique raffle number consisting of three letters and six numbers. There are two winners per draw and each winner is given a fixed prize of £1,000,00, the more tickets bought the more chance on you getting the winner ticket. 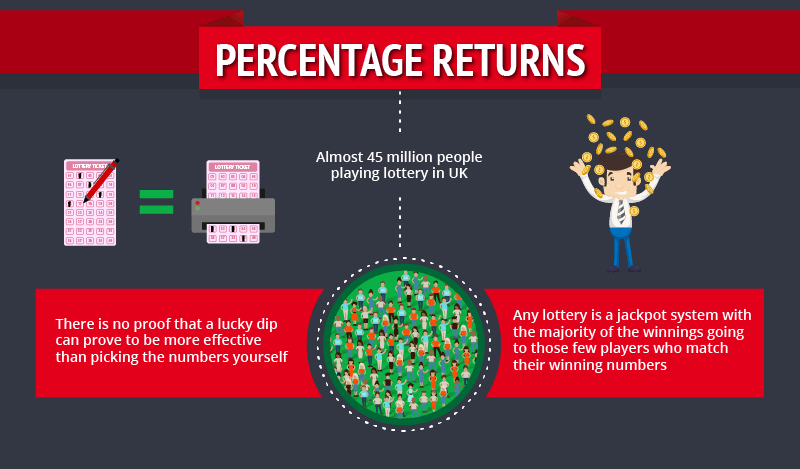 Any lottery is a jackpot system with the majority of the winnings going to those few players who match their winning numbers; the average return is the share of the tickets sales devoted to the prize fund. The percentage returns can vary throughout each different week due to the fact that the returns are usually influenced by several factors such as: ticket sales and numbers picked. There is no proof that a lucky dip can prove to be more effective than picking the numbers yourself, there is only a 45% chance that you’d win-less using a lucky dip than you would with your own numbers.

5 things to keep in mind 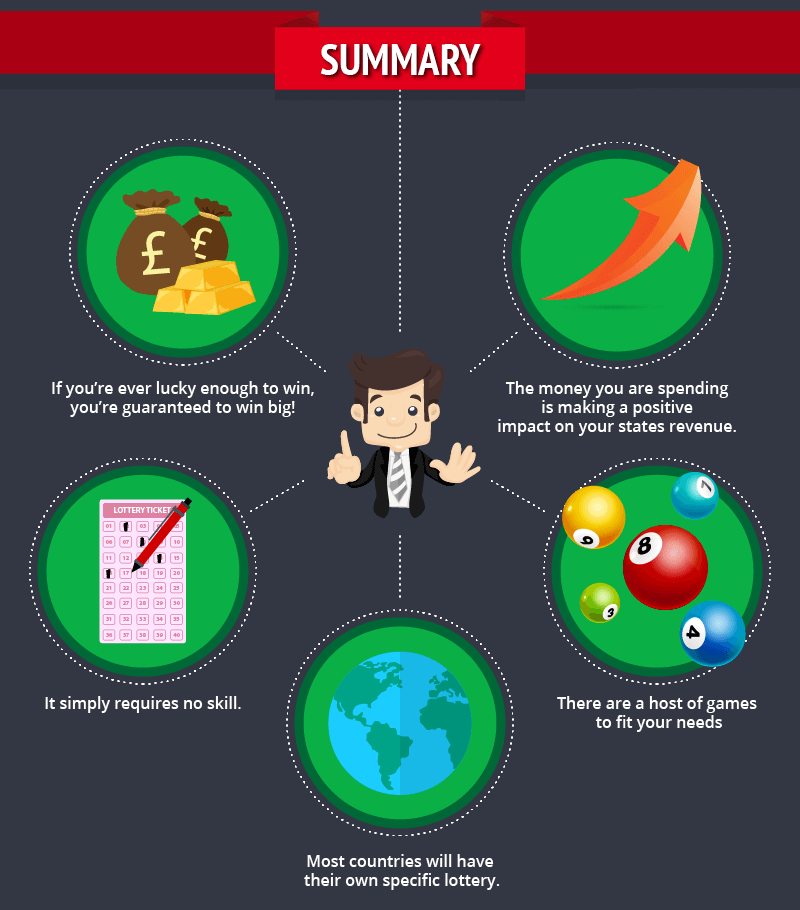 The lottery can be a very fun and cheap way to gamble. It’s really easy and you can do it with the whole family, you don’t need to have any skills and can be bought pretty much anywhere. In addition to this, win or lose, you can walk away knowing that the money you have spent will be exchanged into the states revenue. No matter what game you choose, here are 5 things to remember when playing the lottery: